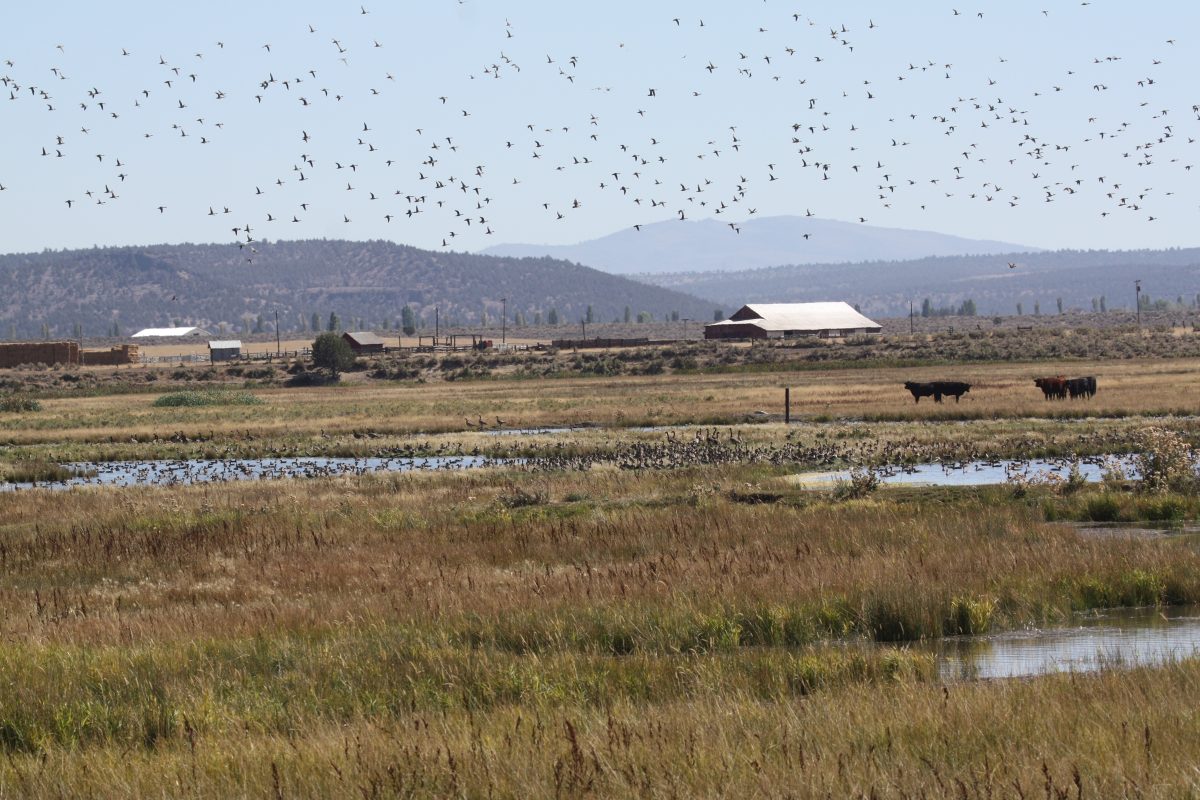 New York, NY — The National Audubon Society has certified all 21 family ranches in the Panorama Organic Grass-Fed Meats® network – spanning 690,902 acres of grassland habitat – as bird-friendly, resulting in the largest market-based conservation partnership in the country. The collective of ranches initiated large-scale habitat improvements for birds and other wildlife by enrolling in Audubon’s Conservation Ranching initiative. With the certification, beef products from Panorama Organic will carry the Audubon Certified seal, a package designation for consumers that identifies a product’s origin from lands managed for birds and biodiversity.

Panorama Organic beef products featuring the Audubon Certified bird-friendly seal will be available nationwide in July at 90 retail locations in nine states – as well as online at Crowd Cow and Perdue Farms.

“Grasslands, the most threatened ecosystem in the U.S., and grassland birds need our help,” said Kay Cornelius, General Manager of Panorama Organic Grass-Fed Meats. “Partnering with Audubon, our ranchers are doing the hard work of improving and restoring wildlife habitat. The Audubon Certified bird-friendly seal carries this grassland connection right to your local grocer for the easy part – where shoppers can now positively impact conservation with their purchases.”

Each Panorama Organic network ranch now has a working habitat management plan, one designed to employ cattle beyond beef production and into rotational and regenerative grazing practices that create a mosaic of habitat for grassland birds, including flagship species such as the Northern Bobwhite, Western Meadowlark, and Sage Grouse. The habitat efforts are helping Audubon Conservation Ranching on its road to stabilizing declining grassland bird populations across the U.S., which have declined by more than half since 1970, primarily due to habitat loss and habitat degradation.

“Once upon a time, the idea of ranchers and a group like Audubon working together would have been anathema,” said Marshall Johnson, Chief Conservation Officer for Audubon. “But our shared common goal starts from the ground up – abundant and healthy grasslands – and runs as deep as any prairie root.” In addition to sending consumers a grassland conservation message via the food chain, Johnson says the unique Conservation Ranching program is preventing the conversion of grasslands into other agricultural or developed uses – scenarios that result in significant losses of sequestered carbon. “Keeping grass firmly planted in the ground is a vital natural climate solution, for birds and people.”

The mission of Panorama Meats is grounded in its belief that our remaining grasslands and rangelands must be protected and preserved for future generations. Ranching, as part of a comprehensive approach to regenerative agriculture, is in a unique position to protect and restore diverse grassland ecosystems. By keeping working ranches in grassland, Panorama ranchers are avoiding the conversion that has eliminated the majority of our native grasslands, thus preventing the loss of vast amounts of stored carbon. They don’t use chemical fertilizers, herbicides or pesticides – and they employ pasture rotation that leaves more residual vegetation cover, practices that not only benefit birds but have been proven to assist with carbon sequestration and improve the water cycle.

“I made a commitment to raising grass-fed, organic beef that would protect the land and keep the ranch viable for generations to come,” said founding Panorama Organic rancher Darrell Wood. “Grass-fed beef is important for this ecosystem to survive and improve. It is important to the environment because cattle keep the landscapes healthy, sequestering carbon in the soil and removing greenhouse gasses in the atmosphere. Every purchase of Panorama product featuring the Audubon Certified designation goes to support this important mission and the livelihoods of those who care for the animals and the land.”

In addition to meeting standards in the areas of habitat management and environmental sustainability, Audubon Conservation Ranching requires animal health and welfare criteria to be met in order for ranches to receive Audubon’s bird-friendly certification. 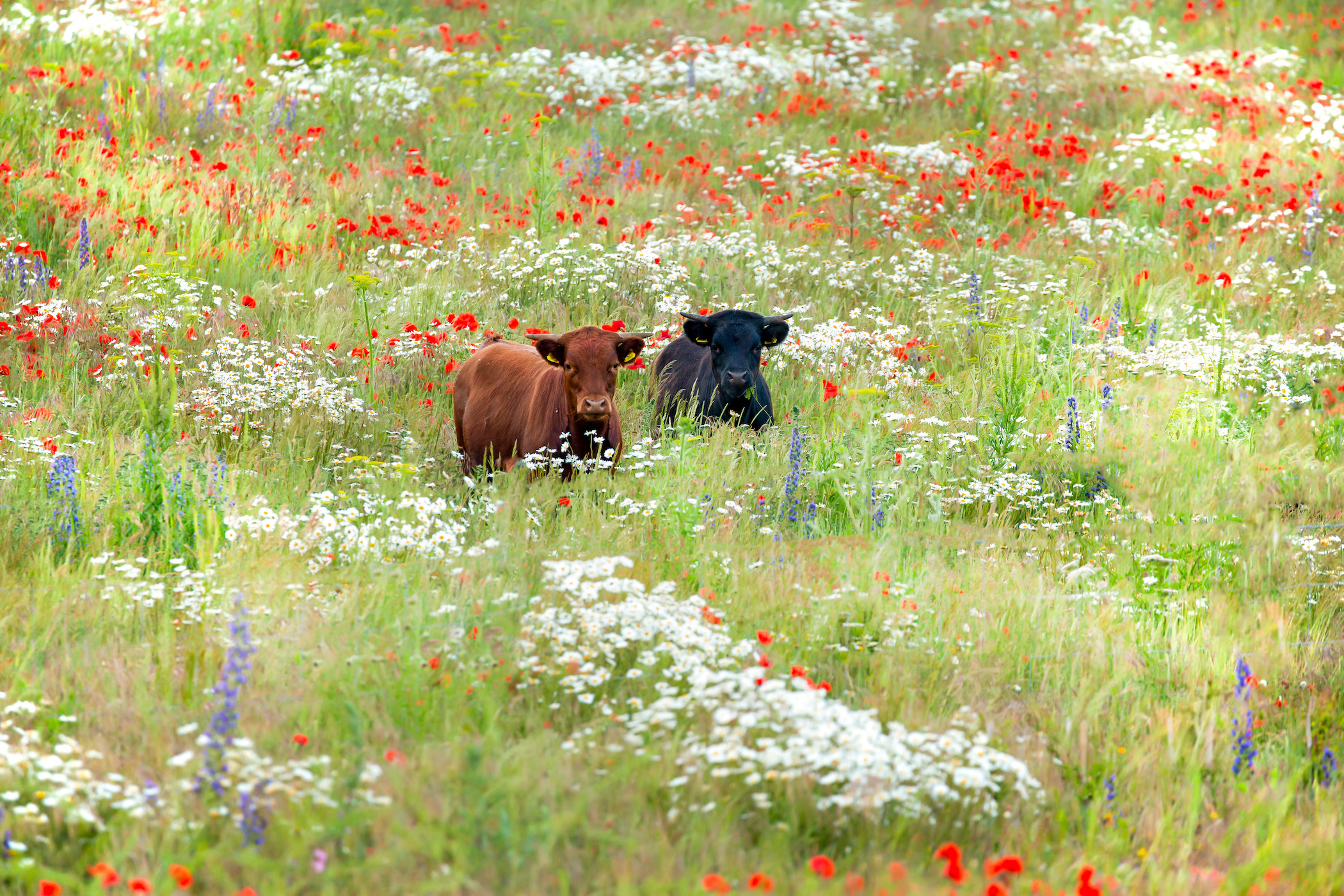 You wouldn’t necessarily think that eating a steak or a fat, juicy burger has much to do with saving ecosystems, but when you eat organic, grass-fed beef from one of Panorama’s 34 American family ranches, you truly are making a difference. Cattle raised on organic pastures and fed nothing but grass and other forage from weaning until harvest provide not only human health benefits, but environmental ones, as well.

Regenerative agriculture has been the buzzword in the food world for several years, but the definition is somewhat murky. Most people take it to mean rebuilding soil on farmland, but Panorama takes a more holistic view. It’s not just about soil. Regenerative agriculture is a means of rebuilding and restoring ecosystems, including everything from soil to water to plant and animal biodiversity. For Panorama’s ranchers, it’s a philosophy that drives everything they do.

America’s grassland ecosystems once stretched over 550 million acres from Canada to Mexico, but today, they’ve shrunk by 60 percent. The two biggest culprits in their demise have been development and farming. Millions of acres of virgin prairie have been plowed under to plant monoculture row crops, like corn, soy, and grains, many of which are cultivated with a cocktail of chemicals to keep them fertilized and pest-free. Much of the corn and soy grown on those plowed-under prairies is turned into ethanol, high-fructose corn syrup, and feed for commodity livestock who spend a big chunk of their lives in confined feeding operations to become the inexpensive proteins you find in the grocery store. But that’s not the case when you buy Panorama’s organic, grass-fed beef.

Panorama’s pasturelands are never treated with herbicides, pesticides, or non-organic fertilizers. And because the animals spend their whole lives on pasture eating only what nature intended for them to consume, they’re never given grain, hormones, antibiotics or other drugs to promote growth. They live stress-free lives, moving from pasture to pasture, eating to their hearts’ content.

What does a healthy grassland ecosystem look like? You’ll find native perennial grasses, of course, along with a wide variety of forbs and other flowering plants. Pollinators like bees, butterflies, and other insects are abundant. Waterways and wetlands are clean and flowing,  providing habitat for birds, small mammals, amphibians, and reptiles. The soil is rich, fertile, and alive. Most important, you’ll find grazing animals like elk, deer—and cattle.

Since its beginning 20 years ago, Panorama has been committed to conserving and restoring rangeland—it’s one of the four pillars in the Panorama 360-Degree Promise®. Grazing cattle on well-managed pastures mimics the action of the original inhabitants of the grassland ecosystem – the bison, elk, and other large ungulates that trampled, fertilized, and fed on a diverse set of perennial plants. Those plants and their long roots work in a cycle with the complex soil biome, the fungi and bacteria that form a sink for carbon, methane, and other greenhouse gasses. Some recent studies have shown that grass-fed cattle can actually neutralize more greenhouse gasses than they emit, making them not only carbon neutral, but carbon negative.

Their trampling and fertilizing break up the soil, keeping it from being compacted, and it also stimulates root growth, allowing for broad diversity of healthy native plants and preventing the spread of invasive interlopers, like cheatgrass, which chokes out native plants and contributes to the ferocity of wildfires. In fact, as drought has intensified throughout the West, fires have become a new normal, but a recent paper from UC Davis says that grazing animals can reduce the fuel load in ecosystems, thus reducing the impact of devastating fires that destroy habitat and soil.

In addition to sequestering carbon, healthy soils filter water and recharge aquifers by allowing rainfall to soak into the ground, rather than running off and polluting surface water with mud and other debris, a bonus especially in the drought-prone West where every drop of water is critical for life.

Of course, keeping  grasslands healthy requires a good management plan so that cattle are a productive part of the ecosystem. Panorama’s ranchers use various methods of moving their herds around their pastures to benefit not only the cattle, but the rangeland as well. Whether it’s mob grazing, adaptive pasture management, or other forms of herd handling, the goal is always to raise healthy cattle and maintain thriving pastures.

Another way Panorama is devoted to preserving grasslands is through open space conservation. As the pandemic has demonstrated that work doesn’t necessarily need to be done in an office, urban-dwellers have been flocking to rural communities, putting pressure on housing and services. Rolling grasslands are an easy target for development of large subdivisions or even the dreaded McMansions that have been springing up all over the West.

Many of Panorama’s ranchers, led by founder Darrell Wood, have become active in the land trust movement, which provides for the preservation of open space in perpetuity. Not only does land conservancy save rangeland, but it supports recreational opportunities like hiking, camping, and hunting, and of course, provides a place for the human species to interact with nature, something that’s become even more critical during the past year of isolation and worry.

So if you want to keep birds singing, streams flowing, and climate change at bay, buy grass-fed beef whenever you’re hungry for a steak. And make it an organic, grass-fed steak from Panorama.

Enter your email to receive our weekly newsletter including recipes, discounts and updates!